The rise of the machines in the workforce 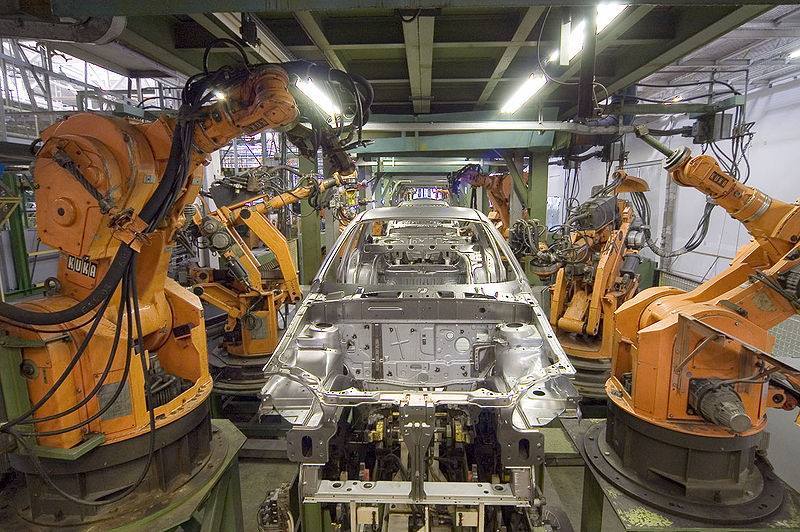 “…Thirty-five per cent of male jobs were identified as being at high risk
against 26% of female jobs.”
The Guardian

It’s becoming more and more of a reality –  workers being replaced by machines or robots. Most of us have seen the film Terminator! :0) and most recently, the channel 4 series ‘Humans’ –where ‘Synths’ – synthetic humans become part of everyday society replacing humans in all sorts of working roles such as House Helps, Carers, Drivers, Train Drivers roles, and even a Detective.

Watching the Terminator film 30 years ago, this seemed far-fetched and unreal – computers were in their infancy. Today though it’s not so unbelievable. I must say it took me a while to go with the whole Synth idea in Channel 4’s ‘Humans’, but I guess now it’s not quite so unbelievable. It’s not quite a reality yet in such a ‘humanoid’ way – but the reality of automating the workforce is very real indeed. With the advancements in technology, some lower grade roles are being replaced with machines.

According to a Price Waterhouse Cooper report, earlier in the year “2.25 million jobs were at high risk in wholesale and retailing – the sector that employs most people in the UK – and 1.2 million were under threat in manufacturing, 1.1 million in administrative and support services and 950,000 in transport and storage”. The Guardian

In China, a factory has replaced 90% of its human workers with robots, consequentially experiencing a 250% productivity boost. With this increase in profits and productivity – they will be the first of many. But it’s not just manufacturing tasks that will be at risk, other job roles predicted to be at risk include butchers, cooks, cashiers, loan officers, watch repairers, retail salesperson, as well as accountants, oil technicians and casino dealers.

According to the think tank, Reform, who did a study earlier in the year they suggest:

So, employers need to work out how to deal with this looming change in our society, as the nature of the workforce is set to change. Our lower-skilled workers need to adapt to the change in the consequential change in demand from employers and the changing nature of the workforce. To avoid high rates of unemployment down the line, employers and government will need to work out how to up-skill these workers.

According to a report from Price Waterhouse Coopers, “30% of jobs in Britain were potentially under threat from breakthroughs in artificial intelligence (AI). In some sectors, half the jobs could go.” The Guardian

It’s pretty scary stuff with all these predictions being made on how many jobs could be at threat in the future. We have to find a positive angle on what this means for our workforce and the economy.

A Deloitte study of automation in the workforce in the U.K. found that “800,000 low-skilled jobs were eliminated as the result of AI and other automation technologies. But get this: 3.5 million new jobs were created as well, and those jobs paid on average nearly $13,000 more per year than the ones that were lost.” Venture Beat

This is definitely more encouraging and there are benefits of course to these improvements in technology. The challenge is to ensure that our workforce keeps up with this pace of change and adapts to the new gaps that will be created by automation. If machines are here to replace the mundane roles, then on the upside we as a nation have the opportunity to educate ourselves so we are up to the new tasks ahead. We all move up the ladder as it were, onto better things. Or is that being naive?

We are better than machines!