Business Round Up: July 17 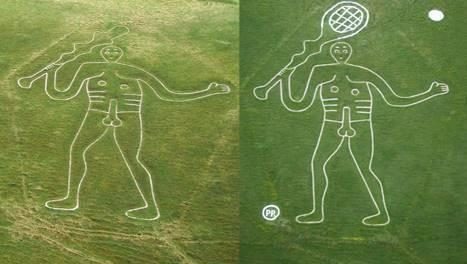 Making sure you don’t miss the important Business News in Dorset, Hampshire and beyond, here is Dovetail’s Business Round-Up of the latest HR & Business headlines.

CVs have been tailored and read; diaries have been coordinated and interviews aced;
you’ve fallen into professional love. The hard part is over. So why, after all this, do people consistently screw up the job offer? Here are all the things that go wrong, and how to stop them..
View full story: How NOT to negotiate the job offer

After a landmark decision by the Supreme Court, the Government now faces having to repay more than £27m in tribunal fees after the Supreme Court ruled against that fees were unlawful, and that the Government was acting unlawfully and unconstitutionally when it introduced the fees four years ago.
Following last week’s Supreme court ruling, HR News have rounded up the reactions.
View full story: HR News last week’s Supreme court ruling

GIG Economy:  Taylor report due out shortly
This report is due out shortly, under Teresa May. Let’s hope it’s worth the wait!
The first task is to end the absurdity of bogus self-employment. This employment category is plainly being abused by some companies whose workers continue to be told how to behave like regular employees for all practical purposes – their work can be directed down to exact details, including time, hours, place and uniform.
View full story: Now is the time to ease the burden for workers

REIDsteel building helping to build a million dollar sports stadium in Belize
Sports stadium in Central America and a hangar for a rapidly expanding London airport are among the latest big projects for a Christchurch steel company.

Reidsteel is providing the frame for a multi-million dollar sports stadium in Belize, one of the highest-profile projects in the country’s history.
View full story: REIDsteel build sports stadium

Bournemouth’s biggest private sector employer, JP Morgan, has had the most profitable year in the history of banking.

The US-owned global company revealed 26.5billion US dollars in profits in the past 12 months, a record for a US bank.
View full story: Bournemouth financial sector

New man at Organix, is moving his family from Germany
When Dorset’s baby and toddler food brand Organix became part of an international group, cynics might have expected its founding ethics to disappear quicker than one of its banana soft oaty bars. But according to the company’s new German boss, the original principles of the brand are held in high esteem by the owners nine years after that buyout.
View full story: Dorset Company: Organix

Age no barrier for Wimbledon favourites, as seven over-30s make it into the fourth round
They have won 13 Wimbledon titles between them, but there is one other thing this year’s four favourites have in common – they are all over 30.
View full story: ‘Oldies are goodies :0)’

The latest company moving into THIS Workspace at Echo HQ
Public Relations agency Bottle has become the latest company to take residence in THIS Workspace at the Echo’s Richmond Hill HQ.
The Oxford-based agency’s latest office will be fronted by Jason MacKenzie who joins from Birmingham-based Liquid where he was managing director.
View full story: Bottle PR agency moves into Bournemouth office

Farewell Poole Pottery: “Iconic” brand to leave town for good after almost 150 years
An “iconic” brand is set to leave Poole for good this autumn. The Poole Pottery retail shop in the Quay will close after owners Denby Holdings were unable to reach an agreement with the landlord of the property.
The pottery has long been a name synonymous with the town and has been a huge draw for tourists and day-trippers for decades.
View full story: Poole pottery move

How stay-at-home dad Joey Gray started sunglasses brand Havaners with just £300
He started with £300 and whatever free time he could find while caring for his young son – but Joey Gray has built a rapidly-expanding brand of sunglasses.
The 31-year-old former IT technician had lots of shades himself, but was convinced there was room for a good quality, cheaper alternative to the big brands.
View full story: Havaners

Celebrity chef Raymond Blanc opens his brand new Brasserie Blanc at the Marriott Highcliff Hotel.
The Bournemouth eatery is the 20th site for the French restaurant group led by the Michelin star chef, but this restaurant also celebrates a lot of firsts.
According to Raymond the partnership between the group and the Marriot has been at least two year in the making in order to find the perfect location.
Read full story: Bournemouth ‘Brasserie Blanc’ Restaurant opens

Lighting designer Michael Grubb shares tips at You are the Media lunch club
He has turned Bournemouth Pier gold and shed light on some of London’s top museums as well as Lush stores worldwide.
But award-winning lighting designer Michael Grubb says his own business took off when he stopped focusing on the competition and concentrated on inspiring people.

He was the guest at the latest You Are the Media lunch club, held by Mark Masters of the ID Group, at Media Lounge in Bournemouth.
Read full story: Lighting Designer shares tips on growing business

Christchurch declared one of UK’s shopping success stories
Christchurch saw the Meteor Retail Park open last year, and has been highlighted as one of the booming areas for retail in the South West. Commercial property specialist Colliers International found that prime retail rents in the borough rose by 19 per cent year-on-year, ahead of other successful towns including Falmouth, Exeter and Bristol.

Sleepy Retirement Resort Or Buzzing Business Hub?
It’s so easy, when you live in London, to think that nothing goes on outside, to think that anywhere on the South Coast other than Brighton is a provincial backwater. But a year-and-a-half after making the big leap, I’ve been blown away by what I’ve found. Bournemouth is most definitely buzzing.
Read full story: Bournemouth is buzzing

Britain is suffering “very poor“ productivity and needs to improve its performance if it is to “stand on our own two feet” outside the European Union.
That’s the view of an economics professor, Nigel Jump at Bournemouth University, who warns that a squeeze on living standards will continue until businesses feel confident enough to invest in the future.
See overview: Bournemouth University  & BU’s UK’s Innovation Survey

Printing power: Company saves jobs after taking over arm of long-established Weyprint
A printing company has saved jobs after taking over the arm of the long-established Weyprint, a printing business based in Weymouth. Sherrens the Printers managed to keep two full-time employees from the well-known business, that used to be located in Caroline Place.
Weyprint has now relocated to South Park, Avon Close, on the Granby Industrial Estate where Sherrens the Printers is also based, but other aspects of the business will remain at Caroline Place under a new name.
Read full story: Weymouth Printing Company

Digital sector asked how to spend £1.2m boost from EU
Dorset’s digital sector has been asked how a £1.2million grant for boosting the industry should be spent.
The money comes from the EU’s European Regional Development Fund (ERDF) and will be spent by Silicon South, the not-for-profit body set up to develop the county’s digital economy.
Read full story: Digital Sector investment plans

Were you at Meetdraw?
It’s the event that has become a key date in the diary for Dorset’s digital and creative sector. The 34th Meetdraw saw everyone from students to business coming together to network and have fun.

Meetdraw can trace its history to 2009, when a few staff at digital agency Redweb organised drinks after work. Last week’s gathering at Aruba, on Bournemouth’s Pier Approach, welcomed around 350 people for a tropically-themed event with inflatable palm trees, surf simulator and an indoor beach for sandcastles.

Butcher Andy Milsom, founder of Bournemouth marketing agency Three Straight Lines, said of the Aruba event: “We feel it was a success. It was right up there with the best we’ve done.”
Read full story: Digital Bournemouth Event

Retirement housing giant McCarthy & Stone has reported “significant improvement” in sales, despite a slowdown coinciding with the general election.
The Bournemouth-based PLC said in a trading update that it made “steady progress” in increasing orders.

It said it was still capitalising on a rapidly ageing population, a lack of housing options for older people and its “leading position as the UK’s largest and only national retirement housebuilder”.
Read full story: McCarthy & Stone housebuilder

Thanks to our sources:
Dorset Echo, Bournemouth Echo, Dorset Business News, The Guardian

Image – thanks to Dorset Echo