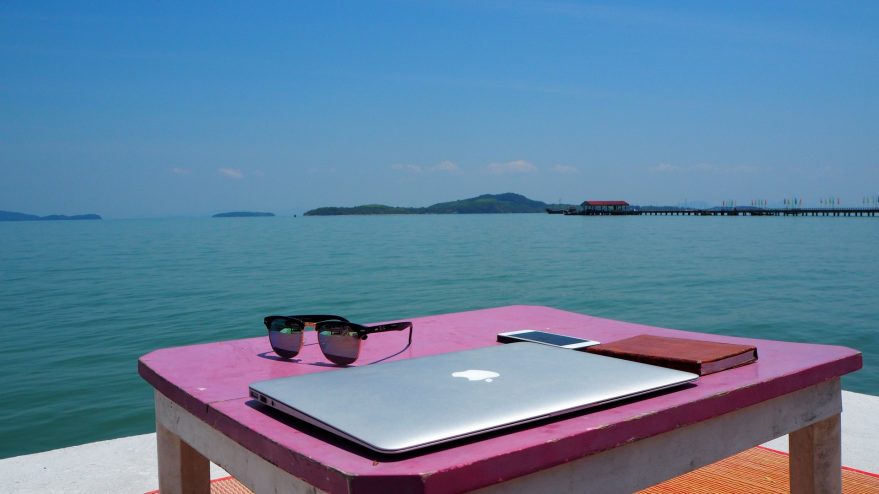 #It is what it is, or is it? #Candidate qualities

Now I am not a seasoned Love Island viewer, but I have to quietly admit I have fallen victim to the hype of Love Island this year. Why? How? What on earth? (Fiance’s words)

Everyone needs some wind down bubble-gum TV – that’s my excuse anyway.

I thought I’d watch the launch to see what it’s all about and find out who’s who. As let’s face it we can’t really avoid it over the Summer (another excuse!) and if you want to know what everyone is talking about then you kind of need to watch some Love Island.

We’re now in the final week and yes I am still watching it, not every night. Honest.

So, what is the fascination? I had decided not to get pulled in by it, yet I find myself putting it on when there’s nothing else on the Telly! And that seems to be quite a lot at the moment – :0) what’s happened to me?!

Most of the contestants are models with Instagram accounts, and are obsessed with their appearance 24/7 – This is not the real world, or is it?

But I guess this is the point – we are drawn by the unreality of it.
Of course, you have to be of a certain character to go on Love Island in the first place. For those that watched Big Brother – is that still even on, it’s just like a more glammed + buffed up version of that!

There is nowhere to hide on this show.
What sort of man, (Anton) gets his mum to shave his nether regions on a regular basis, despite this shock admission, there is something quite endearing about him.

Despite his admission to having a wandering eye, he has proven himself to be one of the more genuine and loyal candidates on there.

What I love about Love Island is the random mix of people they get. Of course, they’ve all got to be good eye candy, but there have been some surprises, which reminds us that you can’t always judge a book by its cover, and sometimes you most definitely can!

So, when it comes to finding the right candidate for a job match, we thought we’d do a quick review of how Love Island’s contestants would stack up for an interview; and the qualities they could offer a potential employer.

Anton: Gym owner
Overly confident, full of swagger + always looking to the next best thing, openly admitted he’s not loyal.
This all sounds like the dodgy ground for a future employee; within a few hours of the show starting he was trying to change who he’d been coupled with.

Candidate Qualities: He has probably turned out to be the most loyal one out of them, to his friends anyway.
Saving Lucie from singledom and staying true to his friends, for a prospective employee, he looks reliable, positive and charming – a good, solid candidate. Good teamwork skills. Now loyal to Belle. He analyses situations and tries to be fair – good analytical skills.

Amy: Cabin Crew Member
In our parallel of Job Island, Amy has never had a boyfriend, so no work experience, she’s a bit gushy, too over the top?
She dived into things with Curtis, only to discover he was lying to himself, was about to profess true love but then it all fell apart.
Candidate qualities: naïve, eager to do well, self-deluded, this is perhaps a little harsh, not a great judge of character.

Lucie: Surfer Chick
Relaxed, confident, knows what she wants, perhaps impulsive, stepping forward twice on the initial partnering-up. She survived the ups and downs Love Island threw at her for a while, but in the end couldn’t survive the votes.
Candidate qualities: Loyal in the first instance, but kept her options open. She went for what she wanted (Tommy) despite the odds. Fun-loving, straight-talking, would probably be a good member of any team. Confident.

Yewande: Scientist
She seemed to have her head screwed on, perhaps a bit too much for the show. Clever girl that’s wary of any shenanigans, but she was so wary she didn’t let down her guard.
Candidate qualities: Aims for perfection, but in the quest to get it just so right fails. On the plus side, she stayed true to herself. No-nonsense kind of girl. Leadership qualities as she was objective and fair.

Amber: Beauty Therapist
First Impressions: Bubbly, positive, hid her feelings so much it ended up in Michael coupling up with Joanna.
Candidate qualities: Loyal, Fun-loving, reliable, positive energy, staying loyal to Michael through Casa L’Amour and afterwards. She fights for what she wants which shows perseverance. Teamwork skills.

Danny: Model.
He wouldn’t make the best candidate, he partnered up with 3 girls – two of which have been evicted from the Island. Third time lucky? He’s got the girl that caught everyone’s eye. But these didn’t last the votes – having been ousted from the show.
Candidate qualities – Sat on the fence, indecisive, ended up in failure, flaky, unreliable.

Molly-Mae: Social Influencer
Quickly coupled up with Tommy and has been loyal ever since. No swaying or messing.
She has been a big question mark. For some, is she for real or is she just playing the game really well? Can we trust her?
Candidate qualities: Loyal, reliable, settles easily, good team fit, honest, nurturing.

Michael: Firefighter
The first one to surprise us and remind us not to judge on first impressions. Covered in tattoos, he doesn’t immediately say scientist, but he quickly revealed he was a science graduate to Yewande.
Candidate qualities: Mature, honest, leadership qualities as sticking to what he believes in. Communication skills (most of the time).

Anna: Pharmacist
Another scientist, Anna is likeable, full of energy, tries to be straight-talking. Now she’s chosen Jordan she seems pretty loyal, but is she trustworthy?
Candidate qualities: Immaculately presented, articulate, unreliable and hypocritical as shown by her Ovie/Jordan debacle? Is she trustworthy?

Tommy: Boxer
Fully smitten with Molly-Mae, he’s fallen hook, line + sinker. This is one candidate that is whole-heartedly, fully committed to the role, wears his heart on his sleeve, there’s no edge here. What you see is what you get.
Candidate qualities: Loyal, committed, honest, grafter.

Curtis: Ballroom + Latin Dancer
Spent weeks coupled up with Amy, only to have his head turned instantly – overly honest with his feelings. He admitted he wasn’t being true to himself. Flaky. Very keen to be seen to do the right thing. He’s now caught between 2 women – and I’d say sitting on the fence.
Candidate qualities: Self-deluding, Showman, Honest but Tactless, unreliable,

Maura: Model + Ring girl
I took a bit of a dislike to Maura initially, discounting her as brash, rude, loud, in yer face, but I have to admit she’s grown on me. She’s pretty no messing, straight-talking and goes for what she wants, she’s ultimately true to herself.
Candidate qualities: Honest, passionate, dedicated, fun-loving, straight-talking, potential leadership qualities. Not a follower.

So, who would you choose to join your company or have as a work colleague?

And more importantly, what am I going to do at 9pm next week?

Related Dovetail articles:
Life skills: Time to simplify
How to give Constructive Criticism?
The Question of Gender at Work