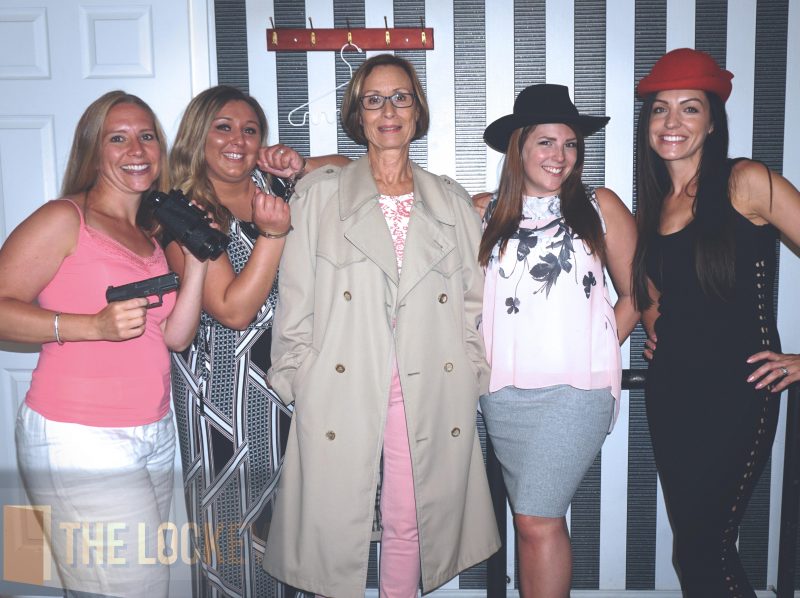 Last week was our long overdue end of year team celebration.  We had an outstanding year in 2017/8 overachieving on all of our targets, so we ventured to the Lockey for the ‘darker’ escape room experience in Bournemouth on Friday.

And what an experience it was!
We’ve heard a great deal about escape rooms, they’ve been a popular choice with HR departments and companies looking for that team outing with a bit of an edge.

‘The Lockey’ first opened in September 2016,  and has proved really popular. So, we decided it was time to brave it – and what a great way to mark our end of year success!

The first room they created was Case 47, which is a detective story, where you play an MI6 agent.
And this is the room we tackled.

So, in a dark room, we find ourselves all handcuffed. One of us to the radiator, some to flagpoles, others to chairs – Liz had a gold pair of cuffs and this was the start. The clock began and we had an hour to rise to the challenge and prove we were innocent – and not dodgy MI6 agents that had planned a terrorist attack.

As we adjust our eyes, we find ourselves in a waiting room, with random paraphernalia that become relevant as we progress through the challenge – guns, books, air vents, trapdoors, safe, maps, a severed finger and a TV – it felt like we in an elongated episode of Crystal Maze, Spooks or Sherlock.

Tiffany did get a little panicky when she accidentally tightened her handcuffs. Samantha felt like she was dehydrating, Fran kept carrying everything around in a panic in case we didn’t get back to the original room. Laura was looking everywhere we weren’t and trying not to get distracted by the novels scattered everywhere, and Liz was questioning the role of the terrorists in the 1950’s.

Despite all that – we rose to the challenge and escaped with a whole 9 minutes to spare!
We can handle any tricky situation!

We are close knit team at Dovetail and loved how we had to really work closely in a tricky situation – not quite like the world of recruitment; but we could draw some comparisons :0).

Once we were out, we finished the evening at the Koh Thai in Bournemouth.

This is a team outing we won’t forget – and we’re already planning which room we’ll tackle next for our next team adventure.

Well done once again team – let’s have another great year.