Dovetail’s Business Round Up: May 17 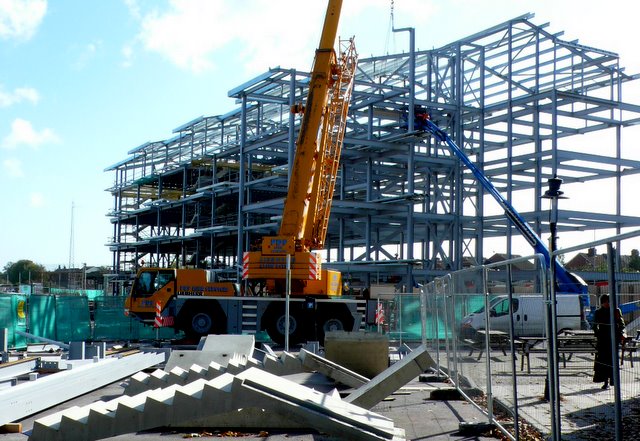 Making sure you don’t miss the important news in Construction Business News in Dorset and Hampshire and beyond, here is Dovetail’s Business Round-Up of latest HR, Business & construction headlines.

Nearly half of businesses have no cyber-security policy
Almost half of businesses who took part in a survey had no policies on data security, cyber-security or data protection.
The research also showed a low take-up of the government-backed Cyber Essentials Scheme, with only two per cent accredited under the scheme.
View full story: Business Dorset

Ex-Beales boss returns to take control
A former boss of Beales has made a dramatic return to the department store chain’s top job. Tony Brown, who was chief executive of the Bournemouth-based company from 2008-13, says he expects to restore to the business to profit in the next year.
View full story: Business Dorset

Revealed: the rising number of Bournemouth firms in ‘significant distress’
The number of Bournemouth businesses in financial distress has risen across the majority of sectors, new figures show. There were 937 businesses in “significant” difficulty in the first quarter of 2017, compared with 874 in the last three months of 2016, according to analysis by business recovery specialist Begbies Traynor. The seven per cent rise was in line with the national picture.
View full story: Business Dorset

Company News: Reidsteel
Our very own Reidsteel, a local construction company based in Christchurch, has manufactured a hurricane resistant roof for a historic cathedral in the Caribbean.

Reidsteel made the steel framework as part of a renovation project for the Lady of Fair Haven Cathedral in Roseau on the island of Dominica after hurricane damage. Reidsteel has the capability to design, manufacture, ship and erect entire steel buildings including their cladding and or glazing requirements anywhere in the world.
View full story: Business Dorset

Company news: Lush
Former Lush partners in court – after relationship ‘deteriorated’
A falling-out between two key players from the early days of Lush has led to a court defeat for the Poole-based cosmetics giant.Andrew Gerrie, who spent 20 years at the top of the company, decided to leave after relations “deteriorated” with boss Mark Constantine.

A case at the Court of Appeal centred on how to value the 22 per cent of shares in Lush that he and his wife Alison Hawksley wanted to sell.
View full story: Business Dorset

Company News: Sunseeker
Sunseeker praised by government as it announces record intake of apprentices
The luxury boat builder is to take 31 at its Poole factories and nine in Portland, bringing its total number of apprentices to more than 100.

The company will have more staff going through the training than at any time since it became part of the government apprenticeship scheme in 1979. The move will mean more than five per cent of its boat-building workforce are apprentices.
View full story: Business Dorset

Construction professionals are flagging up problems with the quality of new surveyors coming into the industry.
A shortage of QSs has been a problem for years. But the latest Construction Market Survey from the Royal Institution of Chartered Surveyors (RICS) highlights increasing anxiety over the standard of available recruits. The survey showed 65% of respondents reported insufficient availability of quantity surveyors.
View full story: Construction Enquirer

Construction buyers have reported the biggest monthly output rise of the year so far fuelled by growth in civil engineering and residential work.
The latest Markit/CIPS UK Construction Purchasing Managers’ Index rose to 53.1 in April from 52.2 in March. Civil engineering work enjoyed its sharpest increase since March 2016 while the acceleration of residential jobs also reached a four-month high. The number of new jobs created also hit its strongest level since May 2016.
View full story: Construction Enquirer