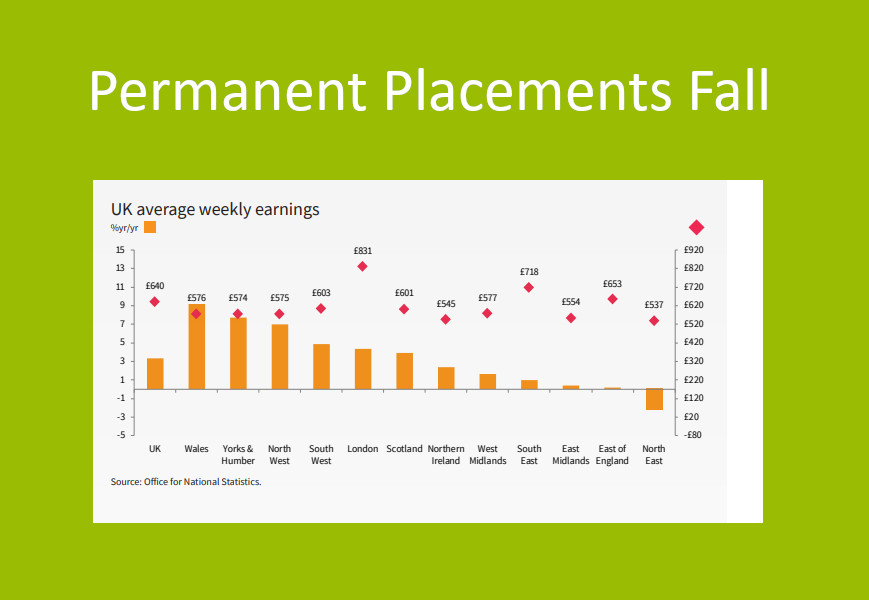 Every month we gather the key figures from IHS Markit, KPMG & REC Job Market Report – a regular update from recruitment consultancies in the area.
We pull out the key stats from the Job Market in the South so you know what’s going on in the recruitment market in the local area.

“It’s clear employees in the region are becoming more risk-averse when it comes to switching roles, with permanent candidate supply in the South declining at the sharpest rate in August compared to the rest of the country. “It also comes as no surprise that hiring intentions among businesses in the South continue to fall – with lingering economic and political uncertainty making it increasingly difficult for firms to plan ahead.
“The situation is being managed in part by an increase in temporary placements as businesses look to cover gaps with contract staff. “However, with companies being under-resourced, they are also seeing wage and salary demands increase, which will put more pressure on the bottom line.
“Looking ahead, conditions across the labour market are likely to remain restrained against a backdrop of uncertainty – with businesses and employees looking for a Brexit breakthrough to restore market confidence.”

“Today’s figures are a sobering reminder to politicians of all parties that national prosperity relies on businesses creating jobs and growing careers. Britain’s record on jobs is world-leading. It’s a key part of our economic success, with recruiters at the forefront of it. And there are still great opportunities out there for those looking for a new job and a boost in earnings.
“But all this rests on business confidence – the confidence to invest, to hire someone, to try something new – and it’s clear that things are getting harder. Across the UK, permanent placements have now dropped for six months in a row and vacancy growth is slowing. While we continue to benefit from the flexibility of our jobs market as demand for temps holds steady, today’s survey emphasises the real world impacts of the political and economic uncertainty businesses are facing.
“The first priority should be avoiding a damaging no-deal Brexit and giving some stability back to British businesses, so they can drive the prosperity of the whole country.”

Adjusted for seasonal influences, the Permanent Placements Index indicated that permanent staff appointments in the South of England declined for the sixth month running in August. Notably, the rate of contraction quickened to a solid pace that matched that seen at the national level. According to anecdotal evidence, Brexit-related uncertainty and fewer-than-anticipated vacancies had dampened hiring in August

Although billings received from the employment of temporary staff continued to increase during August, the rate of expansion weakened notably. The latest upturn was the slowest in five months and marginal overall. Reports from panel members indicated that relatively muted demand for staff and decisions to delay projects had limited growth. Across the UK as a whole, temp billings also rose only slightly.

August data signalled that both permanent and temporary staff vacancies increased at softer rates in the South of England. Though solid, growth of demand for permanent workers was the weakest since January 2012. Nonetheless, the latest upturn matched the UK-wide trend. Temp staff demand meanwhile rose only slightly across the region. The rate of expansion was the weakest recorded for 86 months and below the national average.

Recruitment consultancies in the South of England registered a further drop in permanent worker availability in August. Although the rate of deterioration was among the softest seen for the past three years, it remained sharp overall. The fall was often linked to an uncertain outlook, which had made candidates hesitant to seek new jobs. Permanent labour supply also fell at the national level, albeit to a weaker extent than seen in the South of England.

The supply of short-term workers in the South of England fell again in August. That said, the rate of reduction was the weakest in the current six-year sequence of decline and only modest. Recruiters indicated that skill shortages and uncertainty surrounding Brexit had weighed on candidate numbers. Temporary worker availability also deteriorated modestly at the UK level, with the pace of decline matching that seen in the South.

Adjusted for seasonal factors, the Permanent Salaries Index signalled a sustained rise in pay awarded to newly-placed permanent staff in the South of England. Anecdotal evidence indicated that employers were having to up pay offers in order to attract candidates. Though sharp and above the UK average, the rate of inflation was the weakest recorded for three years.

Latest survey data indicated that average hourly pay rates given to short-term staff in the South of England increased again in August. Despite quickening to a three-month high, the rate of wage inflation nonetheless remained among the slowest seen in the past two-and-a-half years.

Temp pay also increased at a softer pace at the national level, with the rate of growth broadly in line with that seen in the South of England.

Permanent placements continued to fall across the UK in August, extending the current sequence of reduction to six months and the longest consecutive decline since mid-2009. The pace of contraction quickened to the fastest in over three years, and was solid overall. The latest result was driven by reductions in all of the monitored regions except London, with the fastest deterioration reported in the Midlands. Meanwhile, temporary staff billings rose across the UK, with the rate of increase accelerating from July. The uptick was marginal overall and driven by the North of England, which posted the strongest increase in billings. The South of England also reported a rise. The Midlands registered broadly unchanged temporary billings, whilst London posted only a marginal fall.

Although permanent labour supply continued to fall across the UK in August, the pace of decline eased to the slowest since December 2016. Permanent staff availability decreased across all of the four monitored English regions. The rate of decline softened in the Midlands and the North, with the South reporting the quickest deterioration in availability. Temporary staff availability also continued to fall across the UK, with the deterioration accelerating slightly from July. The decline was moderate overall, as all four monitored English regions registered a contraction. The reduction was most marked in the Midlands, contrasting with only a marginal fall in the North of England.

Permanent salaries rose solidly across the UK in August, extending the current sequence of increase that began in May 2012. That said, the rate of inflation was the weakest in over two-and-a-half years and below the long-run series average. All four monitored English regions posted a rise in salaries, with inflationary pressures strongest in the South. Remuneration for temporary staff also increased across the UK, with the rate of inflation slightly softer than that seen in July and sharp overall. That said, the pace of increase was the slowest since March. At the regional level, faster wage growth was recorded in the Midlands and the South, whilst the North saw a fractional slowdown and wage inflation eased to only a moderate rate in London.

Related Articles to Job Market in the South Report:

Source: Thanks as always to IHS Markit, KPMG and REC for providing the data.