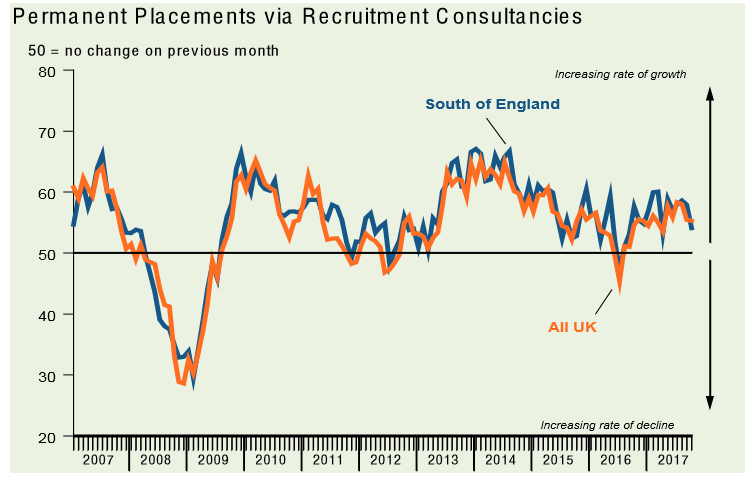 October’s Job Market Report Dorset and for the South of the UK has arrived from IHS Markit and REC – see our summary below. 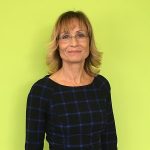 Liz Davies:
“We’ve had the latest report in from IHS Markit and REC showing the movement in the job market for October 2017. We’ve definitely seen this year’s trend of a shortage of candidates continue at Dovetail which makes our job that bit harder. Despite this, Dovetail has had our best month ever and best quarter. I think you could say we thrive on a challenge!

However, the current state of the job market does make our role even more important. Finding the best-qualified people for the job is not easy – but it’s what we specialise in.
The upside is, from a candidate’s perspective that it’s a great time to be looking for that next move, see below for the areas that are in particularly short supply in the region. You could be in a very strong position if you’ve got the right skill set – the good news is that employers are willing to pay for your expertise.”

“Last month, recruiters helped, even more, people find permanent jobs – this is great news as it shows that employers are continuing to hire. However, the data also shows that growth is slowing down and one of the reasons is that we simply do not have enough people for all the roles that are out there at the moment. And the number of vacancies is still getting higher. “For job seekers this is good news as employers are willing to pay higher starting wages to attract the right candidates.

“We already know that EU workers are leaving because of the uncertainties they are facing right now. We, therefore, need clarity around what future immigration systems will look like. Otherwise, the situation will get worse and employers will face even more staff shortages.”

October shows below-average rise in permanent placements
Although the growth of permanent staff placements in the South of England was sustained in October, the rate of expansion eased to the slowest in six months.

Job vacancies
Permanent job vacancies in the South of England continued to increase at a quicker rate than the national average, despite growth easing again in October.

South of England sees steeper fall in permanent candidate numbers
There was a further sharp decline in the number of candidates willing to undertake full-time employment in the South of England, with the rate of reduction the most pronounced since June. The downturn was also the fastest of the five monitored UK regions.

Permanent salaries
Amid reports of ongoing efforts to attract candidates in a competitive environment, permanent starters’ salaries in the South of England increased in October. Despite easing from September’s 29-month peak, the rate of salary inflation remained elevated by historical standards and was the highest of the five UK localities tracked.

Staff appointments
Growth of permanent placements in the UK was sustained in October, with the rise widespread across the five monitored regions. 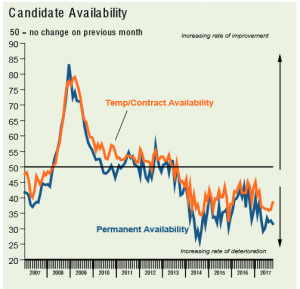 Pay Pressures
Salaries awarded to newly-placed permanent staff in the UK continued to rise in October, mirroring the trends seen at the regional level.

Feature: Earnings and Inflation
Average weekly earnings continued to increase at a weaker pace than living costs over the summer, according to the latest data published by the Office for National Statistics (ONS).

At the same time, increases in living costs have continued on an upward trend, and have outstripped pay growth since March. The latest comparable data indicated that regular pay fell by -0.4% in real terms during the three months to August, similar to the declines seen in the preceding five survey periods.

The most recent prices data published by the ONS showed that the Consumer Prices Index (CPI) posted a +3.0% annual increase in September, to mark the strongest rise in living costs for five years. According to the ONS, higher fuel and food costs acted as key drivers of inflation. Subsequently, consumer price inflation continued to post well above the Bank of England’s target of +2.0%, and adds to concerns that real pay will continue to decline in the months ahead which is likely to place further pressure on household budgets and spending.

Source:
Thanks to IHS Markit & REC as always for providing this data.