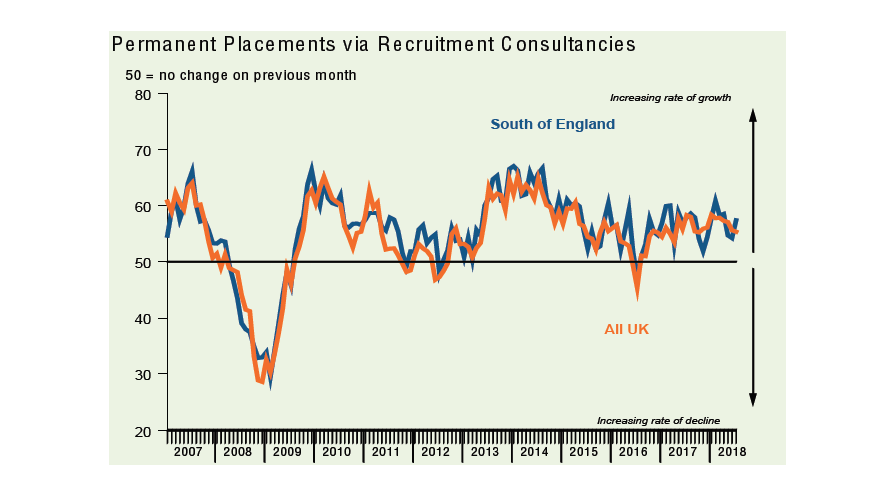 We’ve summarised the key points from IHS Markit & REC’s Job Market Report South for July – find out what Salaries in Bournemouth and the South are doing; and where the skills shortages are.

“The rise in interest rates for only the second time in a decade may leave some people feeling the pinch. But a new job is one way people can ease the burden on their finances. With our data showing starting salaries continuing to rise, the latest official government figures suggest that we are finally seeing the effects of a tighter labour market feed through to pay.

“Following a period of turbulence and big name closures, the World Cup and heatwave had retailers enjoying a ‘summer bounce’ and basking in the sun with demand for temporary staff on the up with many businesses positively revising their hiring plans. Right now students on their summer break can make the most of these opportunities and cash-in while gaining valuable experience and new skills.”

July survey data signalled a sharp and accelerated increase in the number of people placed into permanent positions in the South of England. A number of panellists attributed the latest expansion to buoyant market conditions and strong demand for staff. Notably, the rate of growth picked up to a three-month record and outstripped that seen at the national level.

Growth in temp billings in the South of England also quickened during July. Though solid, the increase remained slower than those seen earlier in the year and was the weakest recorded of all four monitored English regions.

Salaries in Bournemouth & the South

Recruitment consultancies based in the South of England signalled a further steep rise in starting salaries during July. This was despite the rate of inflation softening to a 19-month low. Nonetheless, the latest upturn in starting salaries was broadly in line with the UK average. According to panellists, greater efforts to secure candidates and labour shortages both underpinned the latest increase in pay.

Permanent placements continued to increased at the national level in July, though the rate of growth eased to a nine-month low. Permanent staff appointments rose across the Midlands and the South and North of England, but London registered the first reduction since last September (albeit marginal).

In contrast, temp billings expanded at a faster pace across the UK as a whole in July. Notably, marked increases were seen across all four monitored English regions, led by the North of England.

The availability of temporary workers also deteriorated at the UK level at the start of the third quarter. Despite softening slightly since June, the pace of decline remained steep. Softer reductions in the South and North of England contrasted with sharper falls in the Midlands and London.

Permanent starting salaries increased again across the UK in July, thereby continuing a trend that has been observed since May 2012. Although sharp, the rate of inflation softened to the least marked for four months, with all of the four monitored English regions recording slower rates of growth.

Temporary wages also rose further at the UK level in July, with the rate of increase quickening slightly from the previous month. Faster increases in temp pay were registered across all four monitored regions except for the South of England.