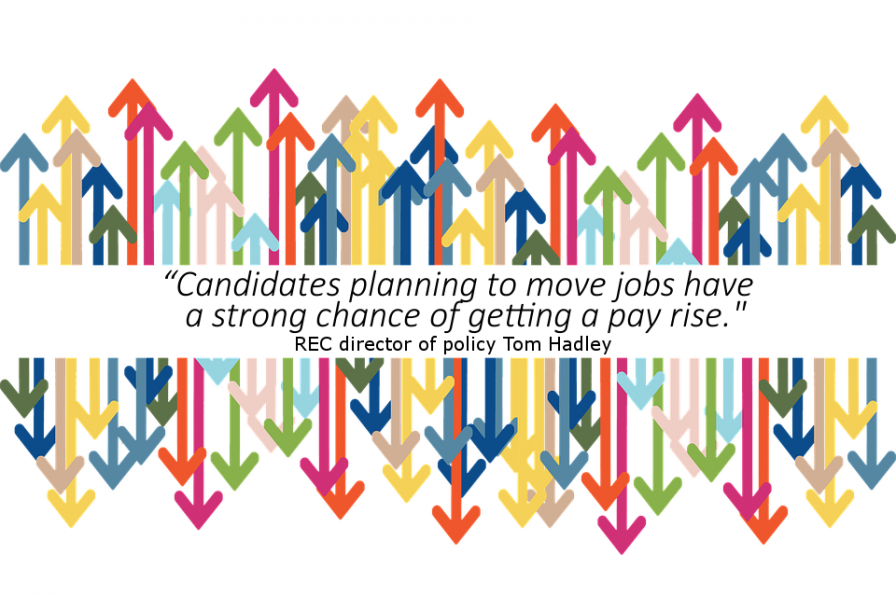 We’ve rounded up the key points from IHS MarkIt and REC’s March report on Jobs in Dorset & the South of the UK.

“Permanent placements are growing month on month as demand for staff remains high. More people are entering employment, but it doesn’t make up for the shortfall of candidates for many roles, from cyber-security and aerospace through to sewing machinists and drivers.

“As a result, employers are increasing starting pay to draw candidates away from current roles into new positions. Candidates planning to move jobs have a strong chance of getting a pay rise.
With inflation outstripping pay growth for over a year now, high pay offers will be tempting, as the pressure on starting salaries still isn’t translating into pay rises for staff who stay put. Employers need to look at other means to keep staff, such as creating a good workplace culture and offering progression opportunities.” 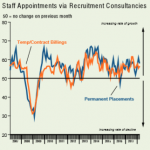 The amount of people placed into permanent job roles in the South of England increased for the twentieth successive month in March. Although the rate of expansion softened from February’s three-year record, growth remained sharp. Notably, the pace of increase was the second-strongest of all five monitored UK
regions (after the Midlands).

Demand for permanent staff in the South of England continued to rise strongly in March. Moreover, the pace of expansion quickened to a four-month high and was stronger than the UK average. Demand for temp staff also rose at a marked pace at the end of the first quarter, albeit one that was weaker than seen at the national level.

Permanent candidate numbers decline at the slowest rate for a year 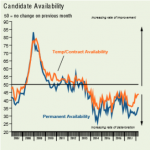 The availability of permanent workers in the South of England fell for the fifty-seventh consecutive month in March. Although the rate of decline eased to the weakest for one year, it remained sharp overall and was the strongest of all five monitored UK regions. Accountants, Engineers, HGV Drivers and Web Developers were among the skills noted in short supply at the end of the first quarter. 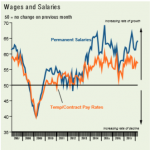 The rate of inflation in salaries for newly-placed permanent staff in the South of England accelerated for the second month running in March. Notably, the rate of growth was the quickest seen since last October and stronger than the UK average. Anecdotal evidence attributed higher salaries to strong demand for staff and competition for scarce candidates.

Growth of permanent staff placements in the UK was broadly similar to the sharp pace seen in the previous month. Softer increases were noted in four out of the five monitored regions, the sole exception being London where the upturn picked up to the strongest in four months. Temp billings at the UK level rose to the least extent in over a year due to substantial growth slowdowns in the North of England (26-month low) and London (13-month low). Faster expansions were recorded in the Midlands, the South of England and Scotland, with the latter on top of the regional rankings on this front.

Although sharp, rates of reduction in candidate numbers for permanent positions softened across all regions. The quickest drop was evident in the South of England; and the slowest in the capital. The trend for temp supply was mixed on a regional basis. Although declines were noted everywhere, quicker contractions were registered in only two localities: London and the North of England. The steepest fall was recorded in the Midlands.

Permanent pay for newly-recruited staff continued to increase in a broad-based fashion in March. The strongest rate of salary inflation was seen in the South of England (five-month high) and the weakest in London (eight-month low). Temp pay also rose in all five areas of the UK, with sharper increases noted in four regions. The only location to note a weaker upturn was the South of England. London registered the strongest rise in temp pay.

Keep up to date with industry news, advice and general tips on how to navigate the working world- with our newsletter –  Candidate or Client?

Other Dovetail blogs:
Can you future proof your career?
Do you have a candidate attraction strategy?