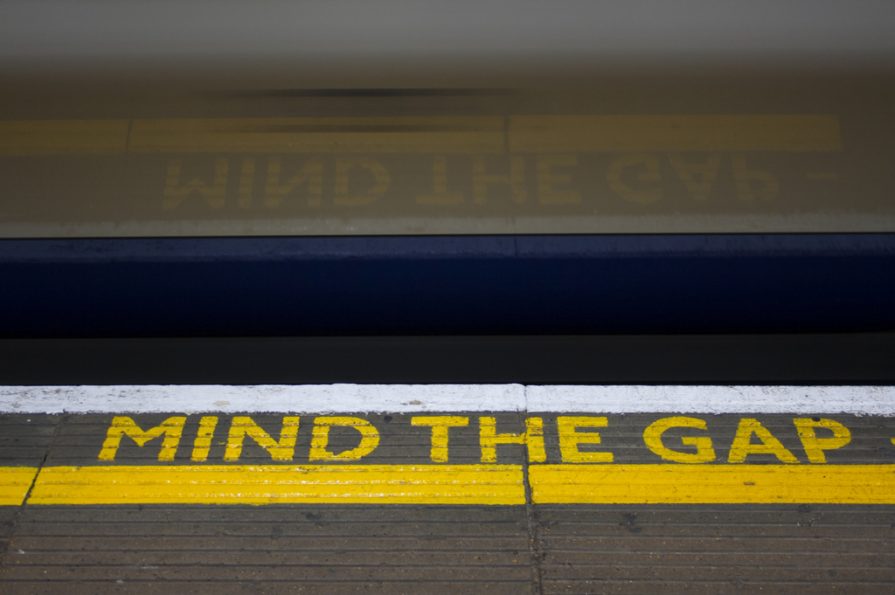 Do you know what your male counterparts are earning?

We all saw the headlines yesterday when the BBC revealed its top earners, showing the inequalities between gender.  Does this go against the grain for the UK, or is it showcasing an endemic issue that we haven’t managed to overcome in the 21st century?!

The gov.uk website states that the ‘UK gender pay gap is at it’s lowest level ever – at 18%’, although this seems like great news, of course, it’s not as simple as that.
Frustratingly the ‘tracked gap’  does not show differences in pay for comparable jobs – probably because unequal pay for men and women has been illegal for 45 years.

So, what are the reasons for this gap?
A lot of it comes down to the choice of career, and I guess we have to say biology! :0)

This, of course, is unfair, if a male worker and female worker have the same job, but one is part-time and one is full-time – then surely the rate of pro-rata pay should be the same? If all other factors are the same, such as skills and experience then why should one be on a lower level – just because they need to have flexible working patterns?

This is where the discrimination needs to stop.

The sad fact is that for reasons we’re still trying to work out and eliminate, women are still less likely to progress up the career ladder into high paying senior roles.

‘Figures from the Office for National Statistics show that the UK’s gender wage gap narrowed to a record low this year but women still earn 9.4 per cent less than men, with big discrepancies still existing in some parts of the country.
A full-time worker in 2016 earns an average wage of £13.59 per hour, according to the latest edition of the Office for National Statistics’ Annual Survey of Hours and Earnings.’ Source: Gov.uk

This is across the UK,  but if we look at this regionally – things change again. 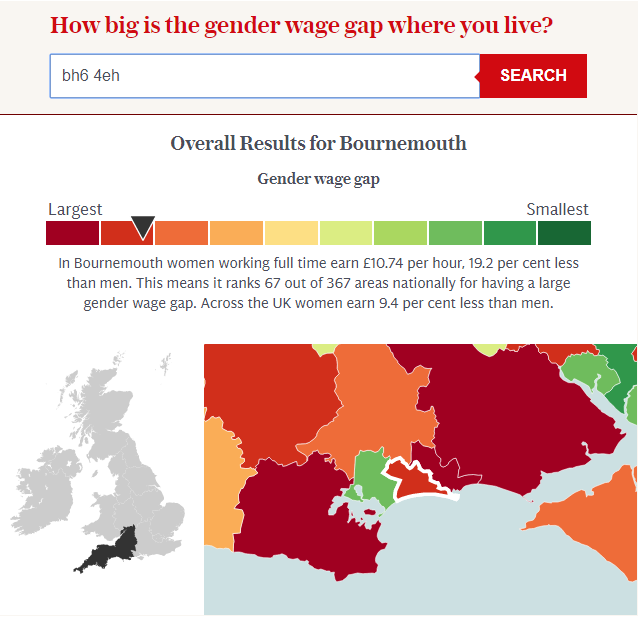 The Office of National Statistics compiled a series of reports looking at salaries full time, part time, male, female, by industry and job role. I’ve extracted the South West data to do a direct comparison between the genders and the results are quite shocking!  Here’s a snapshot for October 2016:

If you’re not currently in the South West –  see the full list of data to find the relevant  areas for you at ONS.gov.uk.

Also, if you’re not in Bournemouth you can check what the discrepancy is between male and female pay in your area.

Are you surprised?
At Dovetail, we don’t see this sort of discrimination as it clearly it happens once you’re in a company – through the process of pay rises, bonuses and internal changes. So what we can do to stop this unfair gap in earnings?

What are the government doing about it?

The government has already:

As a woman writing this article, I can actually feel the steam coming out of my ears as I realise the extent of the gender pay gap – and living in the South West it appears to be at the larger end.

Well, I’m not planning to move anytime soon, so I guess we’re all in for the long haul in doing what we can to change things to make the UK and the South West a fairer place for pay.

Images
Thanks to Jeremy Segrott