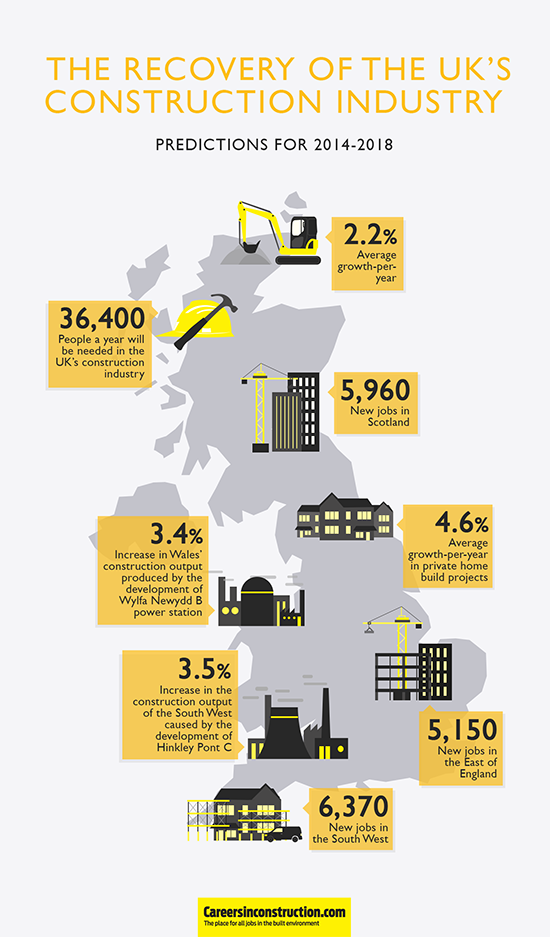 The Construction industry is in a state of uncertainty at the moment.

Do you want the good news or the bad news?

Do you ever get the feeling the UK isn’t maximising it’s chances of economic success..? The construction industry has experienced continued growth over the last 2 years and if it continues as predicted it will virtually reach the dizzy levels of 2008. ‘ Total construction employment in the UK is projected to reach 2.74m by 2019, still slightly below the 2008 peak of 2.86m.’(1)

That was great news , and still could be….

However, the never-ending Brexit uncertainty packs a potential sting in the tale.

This week, Construction News reported that, a ‘Hard Brexit could cause an ‘exodus of 175,000 construction workers’.

I like to stay on the positive side of things, so let’s just hope we manage to keep our very much needed EU workers in the UK – to help us continue riding this wave of  growth.

We do always have the less positive, or should I stay realisitic view points below:

“Lord Stunnell, the man leading a review into the impact leaving the EU will have on construction, told Construction News in February that construction output could shrink by 9 per cent following a hard Brexit.

“The ongoing uncertainty over the rights of EU citizens to remain in the UK post-Brexit is already resulting in workers voting with their feet and leaving the UK.

“This will exacerbate the deepening construction skills crisis, resulting in projects being delayed or cancelled, which will severely damage the health of the industry.” (3)”