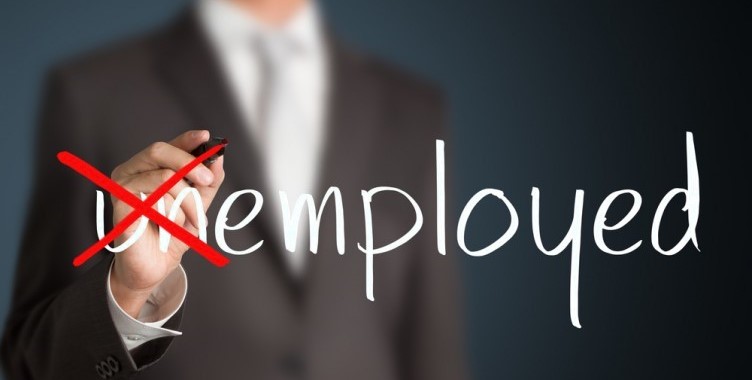 It has been reported in the news recently that in the three months leading up to November, we have had the lowest level of unemployment for more than a decade. The rate is now sitting at 4.8% and this is the lowest it has been since 2005. Employment has been at a record high and wage rises have increased.[1] We now sit behind only Germany and the Czech Republic in terms of the lowest unemployment rates in the EU.[2] These figures come ahead of statistics from the Office of National Statistics (ONS) who does a survey every three months of those people in the UK aged 16 – 64. This includes 40,000 households which roughly translates to 100,000 people. These figures seem like they’re good news, but why has unemployment dropped and what do these figures actually mean?

Why has unemployment dropped?

Introduction of the National Living Wage

There are a few different reasons why unemployment has fallen. Firstly, the national living wage by the government has been introduced. Since the 1st April 2016, all people aged 25 and over who are in employment are required by law to be paid £7.20p/h. This has increased by 50p per hour compared to the previous minimum wage of 2015.  Because of the rise in earning potential, employment is now more appealing. Benefits are starting to look less appealing to those considering going back into work. This is due to the increased earning potential of employment due to the new national living wage. We could see people receiving more money on the new national living wage than they could on benefits.

In addition to this, ‘The New Deal’ has also come in to play. This ‘deal’ sees retraining of people and giving interview preparations for those who have been unemployed for a certain period of time. It also involves having interviews set up for them. Then, if the workers are offered a job, they must accept it after six months. If they don’t accept the position, they risk losing their benefits. This deal makes sure that people are encouraged as much as possible to get themselves back into work and deterred from refusing to work and living on benefits.[3]

Another reason – Brexit. Of course I couldn’t write an article on anything to do with our country without mentioning that. The great uncertainty that surrounded Brexit had us all wondering about a number of things. One of them, employment and unemployment. What would happen to our jobs and opportunities for workers? In all honesty, nothing much has actually happened. The uncertainty has created more of a ‘wait-and-see’ and ‘hold-on-for-dear-life’ approach. No one is really any clearer now about what will happen to employment etc. than prior to the vote it would seem. The Guardian reported that employers have largely shrugged off the Brexit vote. They are largely taking a ‘wait and see’ approach.[4] Therefore workers have become more likely to stay in their current position amid this uncertainty.

The BBC Business news reports a growth in the labour force which shows a strong labour market in the wake of the EU Referendum and therefore has boosted employment.[5] The Guardian states that the strong labour force is ‘fuelled by full time professional jobs while wages are continuing to perform strongly’, underlining the strength and resilience of the labour market even after the Brexit vote.[6] Flexible labour markets have kept more people employed on shorter working hour contracts. Even though myself I may not agree with zero hour contracts, these have increased by 150,000 between 2005 – 2013. Self employment has also grown. All of these factors give great flexibility in the labour market for both employers and employees. This makes employment easier to get into and stay within.

The Current Unemployment Rates Aren’t As Bad As We Thought

Some predictions were made prior to the last ONS survey and it seems things aren’t quite as bad as originally thought. The BBC reported that employment was expected to fall during the period of August, September and October by 35,000, but actually only fell by 9,000. This employment rate has held steady at 74.5% while wage growth has also picked up its pace. Similarly, unemployment was expected to rise by 5,000 but fell by more than double that. Compared to the same period the year before, there are 63,000 more people employed this year.[7] That sounds like success to me.

These statistics may be a little ray of sunshine in terms of the economy and the aftermath of Brexit. BBC News does point out in its report that this ‘employment data is very erratic and sudden swings in either direction are not unusual.’ Therefore if the rate does drop again, it’s just really a case of ‘wait and see’ whether or not if a long term change or a short term blip.

Furthermore, The Bank of England and other economists have forecast that unemployment is set to rise amid uncertainty over the UKs withdrawal from the EU. Although, things seem to be far better than originally thought in terms of unemployment rates…so the question is, what happens next?[9] I’m sure things are set to change when we do finally leave the EU but one thing’s for sure, the job market didn’t crash as predicted after the leave vote, so hopefully it can keep its head above water for the long term future.

How to dress in the workplace – back to basics
Personal Resolutions vs Emerging HR Trends
Fashion in the Workplace
Romance in the workplace – dead or alive?
Graduate vs Apprentice
10 ways to help your new starter settle in
New staff retention
View current HR & General Recruitment jobs

[3]Tegvan Pettinger, ‘Discuss some of the factors that might cause the natural rate of unemployment to change over time.’ (2016), Economics Help,  http://www.economicshelp.org/macroeconomics/unemployment/changing_natural_rate_unemployment/